I would like to share a double experience with Rolex and how you really have to care about what you do when dealing with vintage watches. 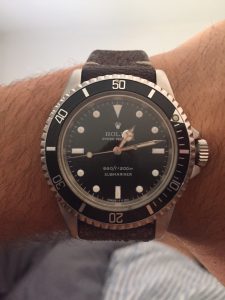 Recently another person approached me with a photo of a Rolex GMT 1675 watch. The asking price was $9K. After asking additional information, the person provided the serial number 1327716 and said the model was Pepsi. After doing research and looking at the watch, the 1.32 number meant that it was the year 1966. After looking at the dial and being from 1966, the watch should have had a Gilt Dial. Once again it was not the original dial. With the proper dial this watch would be around $15K, in this condition, the watch is probably worth $5K. 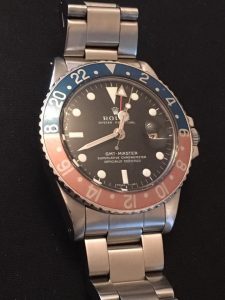